TOK and the “real world”: How do we engage most appropriately when knowledge claims have been politicized? 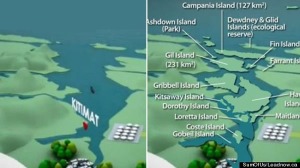 (by Eileen Dombrowski, OSC TOK blog June 27, 2014) As a TOK teacher, do you feel you can be “political” in the classroom?   I’d love to have your thoughts on this topic. (Please use that “comment” feature!) I’d love to know how others walk the line between being relevant to the world – and hence engaged in its issues – and being neutral in order not be accused of being an ideologue, inappropriately, in the classroom. Would you, for instance, give the following article to your students, and if so, how would you frame it for discussion? 5 times Canadians were utterly misled about the Northern Gateway pipeline

In TOK, we are teaching critical thinking and trying to give students tools to apply to everyday life. We introduce them to biases in language, statistics, and images, and encourage them to understand the way that differing perspectives influence knowledge claims and colour the way they are presented as information. We encourage them to understand how science is constructed and to recognize the role in knowledge of scientific consensus among relevant experts.   And yet, when it comes to the most pressing topics of our times, we might hesitate to apply the critical awareness that we’ve been developing. Should we step around the Big Issues to avoid controversy beyond the classroom — and preserve our own peace?

I’m offering this particular article as an example because I’m suddenly not sure whether I would use it if I had a class this week. The article is extremely relevant to TOK in illustrating, with immediate real world relevance, some of the awareness and skills of analysis that we teach. It also accords with my own personal conclusions – and I find that this fact makes me trust the article more but distrust my own judgment more about the advisability of using it.

Some of my conclusions on knowledge claims made by industry and political groups are based on values and charged with emotion. I find these relatively easy to exclude from what I’d knowingly share in the classroom, and would declare them in class only to give students practice in listening for the influence of my own perspective on how I select reading material and frame questions.

Oddly, I’m far less sure about what to present in the classroom, in this controversial decision over an oil pipeline, when my conclusions are based on evidence. Let me disclose some of my own conclusions, so that you might immediately see some of the dilemmas the topic raises for me – not for me as a private citizen, but for me as a teacher. 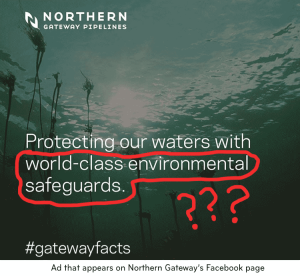 But this is my problem, and probably yours as well (though possibly on other topics): even evidence-based conclusions have been questioned and treated as ideological by interest groups, in this case the oil companies and their supporters. False controversy has been generated over climate change, and empty assurances of safety have been offered to counter very real concerns about navigation of huge tankers through rough off-shore waters.   Has it become “too controversial” and “too political” these days to deal in the TOK classroom with the influence of the fossil fuels industries on the knowledge claims that the public is given daily?   Can we talk meaningfully of “evidence-based conclusions” when economic and political influences muddy the evidence that the public, including our students, is given?

So my question is this: how do you, in your own classroom, deal with knowledge claims that are evidence-based in ways that accord with critical thinking and respect the process of scientific knowledge – if they have become contentious politically?   Do you avoid applying critical thinking to issues if they have been surrounded (as a tactic) with controversy, or do you feel an extra responsibility for dealing with them as case studies in the difficulties of building knowledge?

Now, back to the article that I offered as an example at the beginning. It’s clearly illustrating skills we teach in TOK for recognizing perspectives as the writer deals with some of Enbridge’s tactics of persuasion to convince the public of the safety of transporting oil: manipulation of maps, resistance of interest groups to the findings of science that undermine their knowledge claims, emotional language and innuendos of advertising and politics.

Moreover, the article itself is useful material for analysis. The writer doesn’t just expose a few of the tactics of the oil company, but uses some of his own to bring us onto his own side. He’s not distorting fact as Enbridge does. Still, he’s not taking a detached stand, either, with his use of a colloquial, even folksy, voice and heavy sarcasm. If I chose to use this article in class, I’d ask students to identify the writer’s own tactics to get us to share his attitudes!

I’d face two further problems, though, in going very far in this direction of balancing treatment by critiquing both perspectives.

What is your own reaction to these dilemmas?   For this particular article, would you use it in class to illustrate biased strategies of communication of knowledge claims? If students brought it to class out of interest or proposed it as their real life situation for a presentation, how would you respond?

The general question:  How can we best engage TOK in the world?

You probably realize that I’m using this particular article – one that strongly raises questions for me personally — to provide just one example of potential teaching material that could present dilemmas for a teacher. Ultimately, what’s important to us in TOK is the more general question: how can we best make our course relevant to the real world and encourage students to develop the thinking skills to sift the knowledge claims they encounter?   As we encourage students to identify different perspectives and their influence on knowledge claims, do we simultaneously encourage the critical evaluation of their claims to knowledge – their justifications and process/methodology?  To what extent does the central importance of critical analysis make it too time-consuming to touch the Big Issues of our times?  To what extent must we avoid being “political” in class, when knowledge – how we build it, what justifications we accept, how it is communicated within areas of knowledge and to the public – is influenced by economic and political perspectives?

Do you have any thoughts to share that could help us all walk the line thoughtfully and effectively between too little engagement in the real world, and too much?