“Therapy wars” and the human sciences 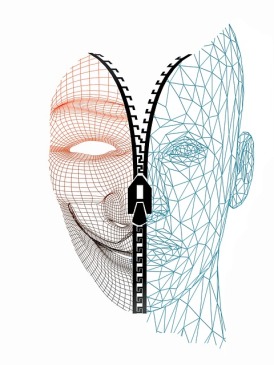 (by Eileen Dombrowski from OUP blog) Thanks largely to the cognitive sciences, we’ve learned much in recent decades about how our own minds work. As knowledge flows from research journals to the popular media, recent findings in psychology have stimulated considerable commentary and advice on dealing with the problems that trouble our minds. Psychoanalysis and cognitive behavioural therapy, complex topics within a complex area of knowledge, have drawn lay readers and listeners not just out of interest in knowing how their minds or brains work but also out of hopes to relieve problems and improve their own health.

No doubt at least some of your students will have had exposure to psychoanalysis, even if only through sensationalistic movies. No doubt, too, they will have encountered the currently much promoted cognitive behavioural therapy (CBT) and its applications to everyday practices – there are even “apps” available for meditation and stress relief, for example. “Mindfulness”, a close adjunct to CBT, is, your students may observe, very much in the air. But how seriously should we take the different approaches of psychoanalysis and CBT as ways of achieving better mental and emotional health?

In Theory of Knowledge, we are not qualified to answer this particular question. Indeed, we have reason for humility as we comment at all on theories and the human sciences. We have to step back deliberately from the knowledge claims within psychology to survey from above the contours of the knowledge in that area, using the applied knowledge of therapy solely as an illustration of the characteristics of the field.

What the contrasting approaches to psychological therapy offer us, in a course that stands back, is an example of different perspectives in play in an area of knowledge that deals with human beings. The appeal of this example is partly that, in my opinion, it is likely to captivate student interest.  Moreover, it is an example that illuminates both the difficulties that we face in gaining knowledge and the significance for human lives of the conclusions that we reach.

If you are interested in using this example, the following article could prove immensely useful: “Therapy wars: the revenge of Freud” . In it, author Oliver Burkeman pits psychoanalysis against cognitive behavioural therapy (CBT) to outline the influence of differing perspectives on understanding the mind. He identifies some basic assumptions that lie behind these two differing approaches:

“At their core is a fundamental disagreement about human nature – about why we suffer, and how, if ever, we can hope to find peace of mind. CBT embodies a very specific view of painful emotions: that they’re primarily something to be eliminated, or failing that, made tolerable. A condition such as depression, then, is a bit like a cancerous tumour: sure, it might be useful to figure out where it came from – but it’s far more important to get rid of it. CBT doesn’t exactly claim that happiness is easy, but it does imply that it’s relatively simple: your distress is caused by your irrational beliefs, and it’s within your power to seize hold of those beliefs and change them.

“Psychoanalysts contend that things are much more complicated. For one thing, psychological pain needs first not to be eliminated, but understood. From this perspective, depression is less like a tumour and more like a stabbing pain in your abdomen: it’s telling you something, and you need to find out what. (No responsible GP would just pump you with painkillers and send you home.) And happiness – if such a thing is even achievable – is a much murkier matter.”

Burkeman is helpful to us as readers in giving this kind of broad comparison, and he models an approach we encourage in class. Understanding different perspectives in both areas of knowledge and everyday life compels us to attempt, at the very least, to try to identify the underlying assumptions, concepts and values that provide the rails on which the discussion runs.

The article gives some historical background on the development of the competing approaches, with an account of knowledge claims that have been rejected and why. It illustrates, in the process, some of the methodological challenges to an area of knowledge that attempts a scientific treatment of things that are impossible to observe directly and difficult to infer reliably from those observations that we are able to make – even though we are now able to image the brain. Not only does the article thereby suggest the difficulties of an evidence-based explanation but it also presents the difficulties of even a pragmatic test for an explanation: if we test a theory by whether it works or not, then we have to agree at least on what constitutes success, and how to measure it. And then we have to return to evidence and track the results over time.

One conclusion that the article reaches is a good reminder of the humility that is due in the pursuit of knowledge on complex topics: “Perhaps the only undeniable truth to emerge from disputes among therapists is that we still don’t have much of a clue how minds work.”

Nevertheless, Burkeman’s summary that we “don’t have much of a clue” seems to me unnecessarily helpless. It seems to me to dismiss all the knowledge gained so far as useless simply because we don’t know with certainty. He ends an article that had been explaining and weighing alternative schools of thought by throwing up his hands without conclusion. (Am I being unfair?)

I recommend this article for helping us as teachers prepare a good example for class of competing perspectives and their influence on assumptions, methods of research, conclusions, and application of theory in practical treatment. I recommend it also for giving the real life implications of theories we accept, because it treats human suffering and the hopes for relief.

However, I hope that in TOK, as we look primarily not at conclusions reached but at the process of reaching them and claiming knowledge, we can be somewhat more appreciative of the role of unresolved debates in pushing their proponents toward refining or reconsidering their methods. I hope, moreover, that we don’t convey to our students the idea that uncertainty – a permanent and dynamic condition of scientific knowledge – is inherently a flaw in knowledge. It could be a flaw in our own expectations if we demand tidy and certain conclusions in topics of immense complexity.

Like Loading...
This entry was posted in IB Theory of Knowledge and tagged human sciences, perspectives, psychology, theory. Bookmark the permalink.