Facts matter after all: rejecting the “backfire effect”

(by Eileen Dombrowski, from OUP blog) Good news: counter-argument with factual support may not be doomed after all. The “backfire effect”, as widely discussed in the past few years, was a truly disheartening phenomenon for anyone who cares about critical thinking or reliable knowledge. However, recent studies illustrate how the human sciences work as they offer revised conclusions – and at the same time give us back some reasons for optimism. 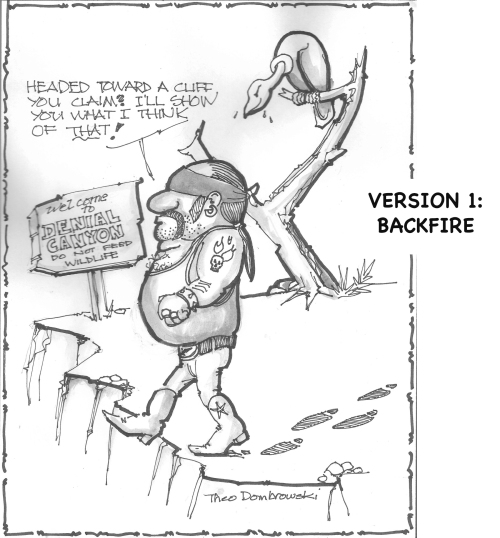 It seemed, according to earlier studies, that presenting people with factual information that contradicted their beliefs created a “backfire” response. That is, they recoiled from the facts and became more entrenched than before in their original positions, especially when the issues were emotional or ideological.

They had studied, for example, the responses of American conservatives when their belief that Iraq had weapons of mass destruction was given factual correction. The startling part of their findings was the frequent deleterious impact of facts: “We also document several instances of a ‘backfire effect’ in which corrections actually increase misperceptions among the group in question.”

However, new studies within the past year have not been able to replicate these results. As we teach in TOK, this is how the sciences progress (at least in the ideal version) replicating studies to test further the original hypothesis. As researchers Thomas Wood and Ethan Porter summarize:

“Across all experiments, we found no corrections capable of triggering backfire, despite testing precisely the kinds of polarized issues where backfire should be expected. Evidence of factual backfire is far more tenuous than prior research suggests. By and large, citizens heed factual information, even when such information challenges their ideological commitments.”

Before we get too happy about this study’s implications for good argument, however, it’s worth noting what it does not say. It doesn’t suggest that people have open minds, or that we don’t confirm our own biases as we read and observe.  We still demonstrate “pushback”. It just refutes the extreme version – that evidence has a contrary effect on belief. Neurologist and science communicator Steven Novella makes that distinction effectively:

“To be clear, people generally still engage in motivated reasoning when emotions are at stake. There is clear evidence that people filter the information they seek, notice, accept, and remember. Ideology also predicts how much people will respond to factual correction.

“The backfire effect, however, is very specific. This occurs when people not only reject factual correction, but create counterarguments against the correction that move them further in the direction of the incorrect belief. It’s probably time for us to drop this from our narrative, or at least deemphasize it and put a huge asterisk next to any mention of it.”

I’m going to follow Dr. Novella’s advice in the future, asterisk at the ready, about what I’ll now call the “so-called backfire effect”.

These revised findings have implications for any discussions where good decisions require good information. They restore confidence that people can actually change their minds if presented with factual correction.

In public debates, the importance is clear, as Alexios Mantzarlis, Director of the International Fact-Checking Network of the Poynter Institute, emphasizes.

“The existence of the ‘backfire effect isn’t just a research opportunity for political scientists,” he declares. “It is a question that goes to the very heart of how public debate is conducted.”

Certainly, we see frequent declarations in the media that we are in a “post-truth” world – with “post-truth” being Oxford Dictionary’s 2016 word of the year.  And yes, certainly, the charge of “fake news” resounds to the point of meaninglessness (as treated in my recent “Fake News: Updating TOK Critique“). But Mantzarlis insists that “we do want to find the truth.” Interviewed in the BBC podcast Trending, he observes (starting minute 9:10):

“What we’ve seen over the past two years has been consistently that across the board regardless of partisanship when people get told a falsehood and then get told that that is a falsehood and get presented with a correction, their belief in the falsehood goes down, regardless of whether they have supported it or are against it. … Partisans … stick to beliefs more but we’ve found that we are fact-resistant but not fact-immune. If I can do just one thing I want to dispel this vision that all is lost and that facts are for nothing. We do want to find the truth.”

“We are fact-resistant,” says Mantarlis, “but not fact immune.” OK.  In TOK we can live with that. We’ll continue to hammer away at good arguments and good factual support for them. Back to work, then, with lighter hearts.

Cartoons copyright Theo Dombrowski. Used here with permission, and permission granted to teachers to use them in their own classrooms.

Like Loading...
This entry was posted in IB Theory of Knowledge and tagged argument, evidence, facts, human sciences, psychology. Bookmark the permalink.

One response to “Facts matter after all: rejecting the “backfire effect””